Faye Winter’s recent outburst at Teddy Soares on Love Island has become one of the most complained-about TV moments of the year so far, after Ofcom was flooded with complaints.

The TV watchdog has confirmed it has received almost 25,000 complaints about the episode shown last Friday, which saw a row break out when the Islanders were shown footage of each other in a challenge.

Faye flew into an expletive-laden rage at Teddy after she saw a video of him telling Clarisse Juliette – who has since left the show – that he was attracted to her, while they were together in Casa Amor. 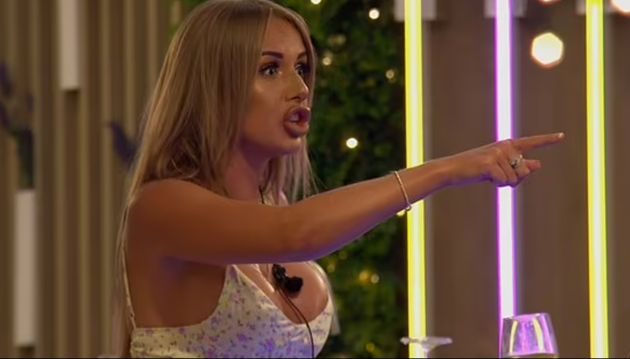 Ofcom said the vast majority of the 24,763 complaints they had received related to the behaviour of a contestant following the Mad Movies challenge.

“We are carefully assessing the complaints we’ve received, before deciding whether or not to investigate.”

Faye and Teddy have since reconciled following the row.

During Tuesday’s episode, she told him: “I am really sorry for the way I spoke to you.

“There’s no excuse for the way I spoke to you or how I raised my voice and no-one should have someone speak to them like that.”

The complaints Ofcom received after Faye’s outburst are still only half as many as the 57,000 sparked by Piers Morgan’s controversial remarks about Meghan Markle on Good Morning Britain earlier this year, which became the most complained-about incident in Ofcom history.

However, the figure beats the 5,000 complaints Ofcom received about Love Island last week, which was a record for the show at the time.

Viewers said a postcard that sent to the villa during the Casa Amor twist was “misleading and caused unnecessary distress”, as it had unfairly suggested that Teddy had cheated on Faye with Clarisse.

This year’s series also drew 1,500 Ofcom complaints over the inclusion of contestant Danny Bibby, after it was discovered he had previously used the N-word on social media.