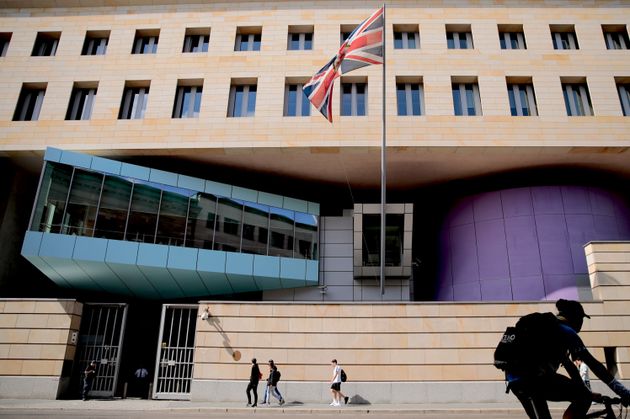 A British man was arrested after a joint investigation between the UK and Germany on Tuesday, on suspicion of reporting back to Russia.

We’ve unpicked exactly what you need to know and why this could have serious implications for Europe’s relationship with Russia.

Who is the alleged ‘spy’ and what has he done?

The 57-year-old man has only been named as ‘David S’, and German federal prosectors say the UK national worked at the British embassy in Berlin.

He was arrested by German authorities in Potsdam, just outside Berlin, on Tuesday.

Officials have already searched his home and workplace after the UK and Germany worked together on an investigation, as confirmed by London’s Metropolitan Police.

The Met’s Counter Terrorism Command also assisted although the German authorities are going to lead the ongoing investigation.

According to the accusations, David S passed documents he acquired at work to Russian intelligence “at least once”, in exchange for an “unknown amount” of money.

The suspect is said to have been spying since November 2020 “at the latest”.

He is set to appear before an investigating judge on Wednesday to determine whether he will remain in custody.

Why this is significant for Western relations with Russia

Germany has accused individuals of being spies for Russia before, but this is particularly noteworthy because the figure in question is a British national.

Arresting a citizen of a closely allied state takes the international tensions with Russia to a new level.

European nations have also vowed in recent years to work together against growing Russian “interference”, as Moscow and Western capitals have lock horns repeatedly in recent years.

In June, Italy even announced it had created a new national cybersecurity agency as Europe needed protection from Russian “interference”.

In July, Europe also secured the support of the US as well when President Joe Biden to stand “against Russian aggression” with German Chancellor Angela Merkel.

What else has Europe blamed Russia for?

Tensions with Russia increased after the UK blamed the country for the infamous 2018 nerve agent attack in Salisbury.

Sergei Skripal, a former Russian spy, and his daughter Yulia were poisoned using the nerve agent Novichok, an old weapon from the Soviet-era.

The two of them – along with Detective Sergeant Nick Bailey who was also contaminated – were saved by the amazing efforts of medical staff, although sadly a member of the public, Dawn Sturgess, died after mistaking the nerve agent bottle for perfume.

Although Russia has refused to take responsibility for the attack, Sergei is seen as a traitor to his country – he and his daughter now live in secret, protected by British authorities.

The occasion saw 28 other nations flock to support the UK amid Russia’s denial, with some echoing the government’s decision to expel Russian diplomats.

The strain with Russia increased further last year when Germany treated a Russian dissident who was also poisoned with Novichok on a Russian flight in 2020.

The leader of the opposition and an outspoken critic of President Vladimir Putin, Alexei Navalny, had to be airlifted to Germany. He survived, but the EU and the UK still imposed sanctions over his poisoning on Russia. 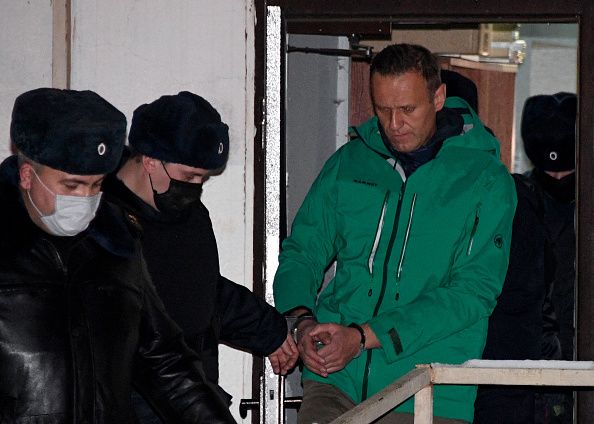 The Kremlin have repeatedly denied any involvement in this incident.

Moscow has clashed with Western leaders over the growing number of troops on Ukraine’s borders, too, despite pleas for Russia to pull back its forces.

What is No.10′s plan to deal with Russia?

Westminster laid out proposals to tighten rules surrounding hostile activity by foreign states in May.

The government has proposed a law which would grant new powers to security services and law enforcement to help tackle these threats.

But Labour’s shadow security minister Conor McGinn warned The Sun that Britain needs to step up in light of this arrest.

He said: “Britain’s national security is under threat 24 hours a day, seven days a week but the UK has not had a security minister in position for over a month.

“Following today’s events, it raises questions about who in government is overseeing the most serious task of keeping the British public safe and secure. It beggars belief that the PM has failed to appoint a replacement.”